Pikes is an iconic Ibizan institution, steeped in rock ‘n’ roll history and brimming with personality. The 25-room haven in the San Antonio hills features bespoke rooms and suites set around the sprawling fairytale gardens and the famous aquamarine pool which was the location for Wham’s ‘Club Tropicana’ video.

The hotel was originally created in the late 1970’s by the legendary Tony Pike and for the last few decades, Pikes has been a playground for the music and cultural elite with regular guests including artists such as Grace Jones, Tony Curtis, Spandau Ballet, Bon Jovi, George Michael and Freddie Mercury.

Lovingly restored by the world-famous Ibiza Rocks brand in 2011 and adored by locals, Pikes is one of the few places that still represents the authentic, carefree, Balearic spirit of the island. 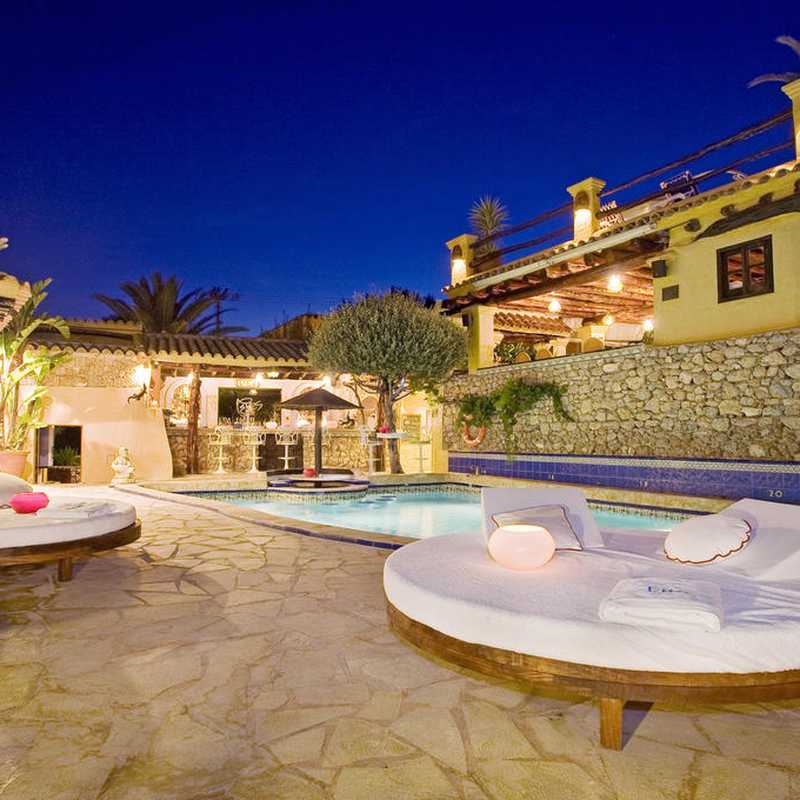